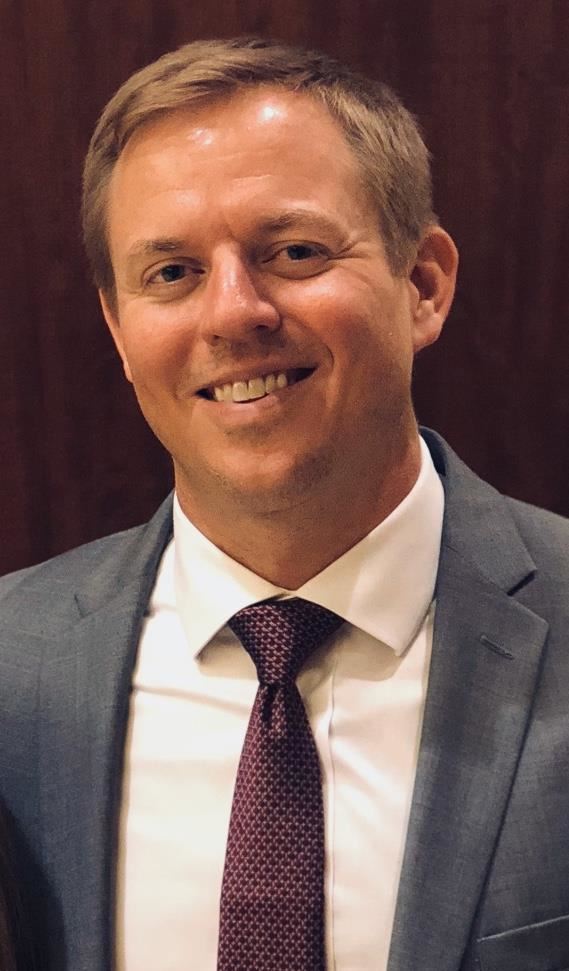 This is Tom Esslinger's first year as a history teacher and head track and field coach at Hewitt-Trussville High School.  In Esslinger's first season at Hewitt-Trussville he led both the girls and boys indoor track and field teams to 7A state championships. From 2005-2020 Esslinger taught history and coached at Homewood High School.  He led Homewood to 20 state championship trophies and 9 state runner-up trophies as the head track and field coach.  Additionally, the track and field and cross country program won 31 state championships during Esslinger’s tenure as program director. Esslinger was named the 2017 Girls Track and Field National Coach of the Year by the National High School Coaches Association and 2017 Girls Track and Field South (AL, FL, GA, LA, MS, NC, SC, TN) Coach of the Year by the NFHS.  Tom has also been named Alabama Track and Field Coach of the Year four times, twice by the NFHS and twice by the USTFCCCA. Esslinger was a coach for the U.S. Navy Team for the Warrior Games in Colorado Springs in 2014.

Prior to earning his Master’s degree in Education at the University of Alabama at Birmingham, Esslinger graduated magna cum laude from the University of South Alabama with a degree in Political Science. At the University of South Alabama Esslinger was an All-Conference Decathlete in 2001 and 2003 in the NCAA Division I Sun Belt Conference, earned the Perseverance Award for Courage and Character in Athletics, won the Most Outstanding Student in Political Science Award, and was selected to the Verizon Academic All-District IV Team for NCAA Track & Field. Esslinger was a 1998 graduate of Scottsboro High School where he was an AAU All-American in the decathlon and was All-State multiple times. His father John Esslinger coached him in high school and is in the AHSAA Hall of Fame for winning 46 state championships. Tom lives in Homewood with his wife Amanda, who is an administrator at Homewood High School, and their two sons John (13) and Will (10).